When people hear about periodontal disease, they only consider the impact it has on their teeth and gums, particularly when they have to replace missing teeth with implants and/or repair damaged teeth using dental crowns. In reality, this oral infection can hurt every part of your body and raise your risk of being afflicted with more serious conditions. Here are three health consequences you may face if you allow your periodontal disease to go untreated.

You May Develop a Degenerative Neurological Disorder

Periodontal disease develops when bacteria run amok in the mouth, causing an infection in the oral tissues. However, the bacteria don't just stay in the mouth. They are often transported to other parts of the body via the bloodstream where they cause problems, such as inflammation, that damage important organs and tissues.

Although the exact connection is not yet known, researchers have linked periodontal disease with Alzheimer's, dementia, and similar degenerative neurological disorders. In one study, 20 patients were examined (10 with dementia and 10 without) and about four people with dementia had periodontal disease, while none of people who didn't have the condition had the oral infection. In a study conducted in Taiwan involving 28,000 people, researchers found individuals with gum disease had a 70 percent higher chance of developing dementia.

It's believed the bacteria in the mouth travel to the brain and induce inflammation in the tissues there. This, in turn, may cause cell death that contributes to the deterioration of brain functions. While more studies are needed to confirm exactly how periodontal disease impacts brain health, even the slight risk of developing these conditions should be enough to motivate you to take better care of your teeth and gums.

You Could Worsen Your Arthritis

Rheumatoid arthritis is an autoimmune disorder characterized by inflammation in the joints that lead to painful swelling, bone erosion, and deformity. Although it is caused by a dysfunction with the immune system that causes the body to attack itself, research has shown that gum disease can make the condition worse.

As noted previously, the bacteria that causes gum disease can travel to other parts of the body via the bloodstream. Since blood is pumped to every part of a person's system, that means the bacteria is also being delivered to the joints impacted by arthritis. These bacteria increase the amount of inflammation in the affected areas, resulting in the worsening of symptoms.

Like with dementia and other neurological disorders, the connection isn't as clear. However, one study involving 636 patients showed that the fewer teeth a person had (tooth loss is a marker for periodontal disease) the higher their risk of developing rheumatoid arthritis and the worse symptoms they experienced. In fact, people with 10 or fewer teeth had the worst outcomes in the study.

Luckily, treating the oral infection can alleviate the bacterial load on the body, which may reduce symptoms. Replacing missing teeth with implants and fixing damaged ones using dental crowns can help maintain good oral and body health by making it easier for people to consume beneficial foods that improve the body's ability to fight off infections and inflammation.

You May Become More Susceptible to Respiratory Diseases

A third consequence of untreated periodontal disease is the increased susceptibility of respiratory diseases, such as pneumonia and bronchitis. This is because you can also inadvertently deliver the bacteria in your mouth to your lungs through the simple act of breathing. Once there, they will start colonizing lung tissues and either induce an infection or worsen one that's already present.

Thus, if you already have breathing problems (e.g. asthma, COPD) or reduced immune function, getting your periodontal disease under control can literally save your life by protecting your lung health and ability to breathe.

For more information about periodontal disease or other oral health issues, contact a dentist. 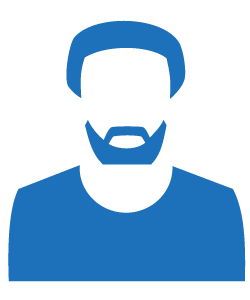 If your dentist diagnoses you with gingivitis, you might wonder if you can treat the condition successfully. You can stop gingivitis from becoming worse with immediate treatment. But if you don't follow your dental provider's advice, your gingivitis can lead to advanced gum disease and possible tooth loss. I started this blog to encourage and help other adults get through gum disease and other dental problems. Although the Internet is full of information about gum disease, it can take a long time to get through it all. My blog makes it easy to find the resources, tips, and information you need right now. Good luck and thank you for stopping by.